Recognising the Achievements of Women in Business

We would like to thank Emma Heathcote-James of the Little Soap Company, Woman Who… Judge and Sponsor of the Woman Who…Rising Star in Secondary Education Category. 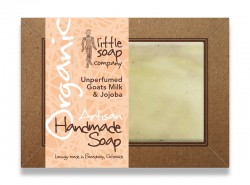 Little Soap Company was conceived several years ago by Emma Heathcote-James. Starting life as an insatiable one-woman band, Little Soap Company has been passionate about reducing the amount of chemicals and synthetics people unwittingly rub into their skin since day one. From hand-making soap on the Aga and selling in subzero temperatures at farmers markets, the business has grown with production runs now in the tens of thousands producing the first organic soap bar to hit supermarket shelves. Launching on a small scale in Waitrose in 2010, then regionally in Tesco’s in 2012, nationally in Waitrose 2013 (best beauty launch and fastest selling bar soap) followed by Booths in the North. The range then rolled out into other major national supermarkets including Sainsburys and Boots the Chemist.

Little Soap Company have kindly donated a special gift for everyone attending the Awards Lunch on Friday.

Little Soap Company are sponsoring the Woman Who…Rising Star in Secondary Education Category and will be announcing the Winner at the Awards Lunch on Friday 5th May at Coombe Abbey.

This site uses Akismet to reduce spam. Learn how your comment data is processed.

Book to Attend a Woman Who Event

< Previous Next >
+ Add your own event Eventbrite