Recognising the Achievements of Women in Business

The Woman Who…Achieves Awards take place at Coombe Abbey on 27th April where over 200 local business men and women from the Midlands will celebrate the achievements of Women in Business and Rising Stars of the future.

Dave said “I have had a brilliant career, doing what I love. I have worked with meeting and event planners for over 20 years, at conferences, award ceremonies and charity dinners.

I have worked with the Royal Family, the UK government and a host of industry leaders and VIP’s from the world of television, business and sport.

My role isn’t just providing a witty repartee, but to make sure that your event flows smoothly, runs to time and is memorable for all the right reasons.

I’ve enjoyed hosting events for Woman Who… during the last few months and I’m really looking forward to c0-hosting the Woman Who…Achieves Awards in April with Louise.” 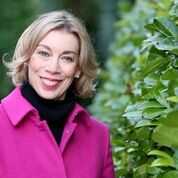 Louise Stewart joined FSB in March 2016 as Head of Media and was promoted a few months later to Head of Communications.

Prior to that Louise enjoyed a successful career in broadcasting – she was a graduate BBC News Trainee and went on to become a national news political correspondent – appearing on Breakfast News, the Today Programme, 5 Live and even Newsround. Before joining the FSB Louise was Political Editor for BBC South East – a role which saw her interviewing politicians from all parties including party leaders and Prime Ministers.

Louise was a Keynote at last year’s Awards and said “I was delighted to speak at the Woman Who… Awards in Coventry. It really was an inspiring event – celebrating women in business – from those just starting out to those recognised for their contributions to the local community. It really was a fantastic celebration of women’s achievements. I’m looking forward to co-hosting the event this year”

Sandra Garlick, Founder of Woman Who… said:  “I’m delighted that Dave and Louise are on board as hosts this year. The event has been hosted by the amazing Trish Adudu for the last two years. I would have loved Trish to do it again this year, but she has always said that the event needs to grow. I very much hope that Trish is able to join us as a guest this year. I have been working with Dave Sharpe for some time and Louise was a fantastic Keynote last year. It’s exciting to have them both on board and I think they will be a great hosting team”

The Awards Lunch is an afternoon of inspiration, celebration and entertainment and commences at 11.00am with networking and a welcome drink. The Awards are presented throughout the afternoon. Please note that seating is allocated on a first come first paid basis and that tickets are now limited.

Delivered in partnership with the FSB (Federation of Small Businesses)

This site uses Akismet to reduce spam. Learn how your comment data is processed.

Book to Attend a Woman Who Event

< Previous Next >
+ Add your own event Eventbrite